Bitcoin (BTC) somewhat recovered after a dramatic drop that saw it briefly dip below USD 8,000 on some markets – with many altcoins also reeling after sudden price falls. (Updated at 15:08 UTC: updates throughout the entire text.)

Some observers have pointed out that the BTC drop coincided with a massive liquidation of over USD 600 million at the BitMEX exchange platform, with statistics from Datamish confirming the movement.

Bitcoin’s drop was nothing if not sudden, sliding from the USD 9,500 mark at 18:30 UTC and falling to just over USD 8,200 within the space of just over an hour. Since then, BTC’s price has been climbing relatively steadily, though, with the price currently at USD 8,760 at the time of writing (23:43 UTC on September 24).

Altcoins also took a battering, with tokens such as ethereum and EOS dropping by almost 20%. Moreover, ethereum price erased all its gains in September, while XRP dropped to the level last seen in December 2017.

Per Reuters, some analysts are blaming the drop on the news – reported yesterday – of the lukewarm start to Bakkt’s Bitcoin futures trading on Monday, and maintain that the market is decidedly “bearish.” 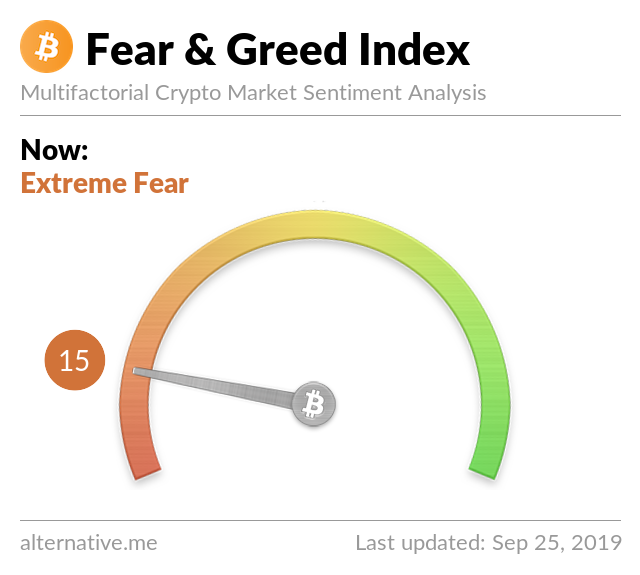 Reuters states that recent market growth could have been partly inspired by Bakkt anticipation, and the recent drop may have been a reaction to the most recent Bakkt news. The news agency also quotes analysts as stating that “technical factors” may be to blame “noting that the digital currency has been trading in a descending triangle, a bearish signal.”

Mati Greenspan, senior market analyst at eToro, said that “What we’ve got here is a classic case of buying the rumor and selling the news.”

Meanwhile, according to Ross Middleton, Chief Financial Officer of DeversiFi, a decentralized crypto exchange, bitcoin has been contained in a wedge pattern since peaking at USD 13,700 in June - "breaking out of this pattern either side was always going to result in a large move, helped sharply lower by the USD 0.5bn of Bitmex leveraged long liquidations."

Vijay Ayyar, Singapore-based head of business development at crypto exchange Luno, told Bloomberg that he sees a potential short-term bottom of about USD 7,500 for bitcoin before year-end, an “expected consolidation” after the strong rally earlier this year.

Meanwhile, according to Jeff Dorman, chief investment officer at Arca, a Los Angeles-based crypto asset manager, price action is being driven by short-term technical analysis, as every low price that bitcoin has bounced off of, and every high price that has been reached has proven to be resistance. “Because crypto is still dominated by short-term focused traders, these telegraphed narratives often become self fulfilling prophecies,” he told Bloomberg.

On the other hand, Soravis Srinawakoon, Co-Founder and CEO of Band Protocol, a data oracle platform, said that while people are always looking for a narrative, the reality is that the market is irrational and what we are observing is simply more sellers than buyers.

"It is as simple as that. The technology fundamentals are still advancing in an upward direction and that's what matters in the long run," he said in an emailed comment to Cryptonews.com.

Bitcoin News
USD 2.7B Liquidated in One Hour as Volatility Hits Crypto Markets