All are in green this week, except for Tether (USDT), which was also one of the two red coins a week ago. Though there are no coin in the positive zone again (where we haven’t seen a top 10 coin since mid-November), there are none in the negative zone either. Meanwhile, only two coins, one less than a week ago, have scores above 5, these still being Bitcoin (BTC) and Tezos (XTZ), which climbed to the 9th spot, pushing Stellar (XLM) to the 10th. 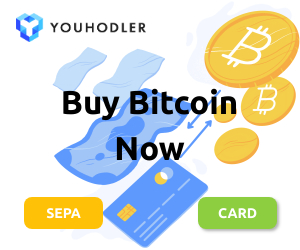 Daily Bitcoin Sentscore change in the past week:

As said, Tether is the only one that dropped this week, making it the loosing coin by default. The drop of 5.1% cost it its above-5 Sentscore, now standing at 4.8. USDT’s highest score is in news (6.9). It got lower scores in social (4.9) and buzz (4.3), while its lowest scores are in technicals and fundamentals (3.5 each).

Now looking at the Sentscores in the last 24 hours, BTC got 5.4 today. Tezos, on the other hand, climbed further, to the verge of the positive zone with 5.9. Litecoin (LTC), however, sits on the verge of the negative zone, with a 24-hour Sentscore of 4.

Finally, moving to the 7-day average scores of the 29 coins outside the top 10 list, no coins are in the positive zone, but four have scores within the 5-5.4 range, and three are in the negative zone.
___

Omenics measures the market sentiment by calculating the Sentscore, which aggregates the sentiment from news, social media, technical analysis, viral trends, and coin fundamentals based upon their proprietary algorithms.
As their website explains, “Omenics aggregates trending news articles and viral social media posts into an all-in-one data platform, where you can also analyze content sentiment,” later adding, “Omenics combines the 2 sentiment indicators from news and social media with 3 additional verticals for technical analysis, coin fundamentals, and buzz, resulting in the Sentscore which reports a general outlook for each coin.” For now, they are rating 39 cryptocurrencies.

Taleb Releases a Dirty Swan Upon Bitcoin, Bitcoiners Were Fast to Clean It

Crypto Market Sentiment Continues its Rise; Bitcoin and XRP at the Top

Crypto Market Sentiment Improves for the Second Week in a Row