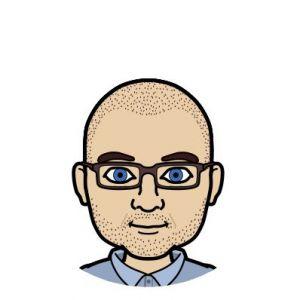 Kyle first used Bitcoin in 2011, but the subject did not take over his life until late 2012. By early 2014, researching and writing about Bitcoin had become his full-time occupation. Currently, he contributes regularly to Forbes and CoinJournal. His work has also appeared in Business Insider, VICE Motherboard, Nasdaq, and many other media outlets. Additionally, he provides a daily Bitcoin news recap via a newsletter and YouTube show (audio only version available via SoundCloud), which can be found at kyletorpey.com.

Elon Musk Should Listen to Cathie Wood on Bitcoin

Here's What Everyone Missed in The Dorsey, Musk, and Wood Bitcoin Talk

Taproot, CoinSwap, Mercury Wallet, and the State of Bitcoin Privacy in 2021

RSK is Bitcoin’s Fastest Growing Layer, Not Liquid nor Lightning

Why Ethereum is Far From ‘Ultrasound Money’

The Ethereum Economy is a House of Cards

How Bitcoin and DeFi are Completely Different Phenomena

Why the 2020s May Be the Decade of Hyperbitcoinization

3 Experts on 3 Ways to Compare Cryptoassets

Is Bitcoin’s Lightning Network Ready to Replace Altcoin Use Cases?

Three Reasons Why Valiu Picked Bitcoin Over Stablecoins in Venezuela

BitPay vs BTCPay: Which Bitcoin Payment Processor is Right for Your Business?

A Contest to Create a Privacy-Focused Bitcoin Sidechain is On

Is Liquid Sidechain a Path for Better Bitcoin Privacy?

How People Are Using Bitcoin in Africa

Bitcoin May Have Bigger Problem Than Scalability