By VICE News
ShareTweet
For the Lebanese, the coronavirus is only piling on top of an already dire situation. In March, the Lebanese government announced it would stop paying all-around USD 30 billion worth of foreign loans, defaulting for the second time on part of its 90 billion dollar debt this year. Read More

If that sounds like big picture economics, imagine not being able to withdraw money from your own bank account in order to pay your bills and buy food. Since the first reports last October that the state may not be able to repay its debts, lebanese banks have imposed capital control, limiting the amount of money everyday lebanese can withdraw from their own accounts.

One customer, Wafaa Zu’hair told VICE that the amount she was able to withdraw in cash was decreasing every few weeks.

“We used to get [be able to withdraw] USD 300 a week, now it's USD 200 every two weeks,” she said. The measure is permitted because it is the only way to prevent a so-called “bank run,” when account holders withdraw all their funds at once leading to the collapse of the banking system.

Travis Kling On The Future Of Bitcoin 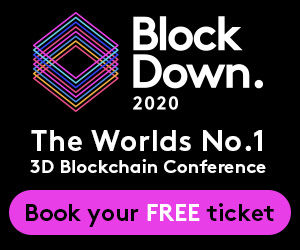 Money Is A Technological Fiction