Bitcoin and 'The End of History'

By ReasonTV
ShareTweet
"The fall of the Berlin Wall was important to me," said Zooko Wilcox, who was 15 in 1989. It seemed like "the end of history"—a reference to the political scientist Francis Fukuyama's influential 1989 essay—and a time when "national borders would cease being the walls of prisons," he recalled. When Wilcox discovered the internet a few years later, he saw it as "part of this pattern where borders and distance stop being barriers to people." Read More

Wilcox, who today is the founder and CEO of a company that oversees the development of the cryptocurrency Zcash, was an early participant in the "cypherpunks email list." The list, which launched in 1992, became a gathering place for a global community interested in using cryptography to allow individuals to communicate and transact on the internet privately and without interference from a central authority. The cypherpunk movement more broadly would go on to influence WikiLeaks (Julian Assange was a participant on the email list), BitTorrent, Tor, and bitcoin, among other freedom-oriented technologies and initiatives.

Wilcox dropped out of college to work at David Chaum's startup DigiCash, an attempt to build a privacy-preserving payment network on the internet based on a series of groundbreaking papers that the legendary cryptography had published in the 1980s.

"Because of the cypherpunks and because of the science papers of David Chaum," Wilcox told, "economic freedom" seemed inevitable. Humans will "no longer [be] constrained by national borders and distance from cooperating and sharing resources and helping each other." 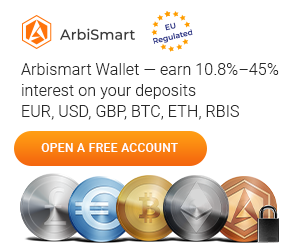 BTC - Pay For Anyone, Not Everyone by Britt Kelly

Is Bitcoin Being Captured?

Why Bitcoin Matters, Explained By The Human Rights Foundation