Registered in Luxembourg and headquartered in the UK, Bitstamp is one of the oldest cryptocurrency exchanges still in operation. It caters to beginner and more experienced traders alike, and allows users to exchange bitcoin, ripple, ether, litecoin and bitcoin cash with each other or with fiat currencies (USD, EUR, GBP). It’s also one of the few advanced exchanges to let customers deposit and withdraw fiat currencies using their credit and debit cards. Although it was hacked in January 2015, its security has improved markedly since then, with it now following such practices as multi-signature authentication for transactions. And while its trading and currency dashboards are spread across a number of separate pages, these are clearly laid out and generally easy to use. 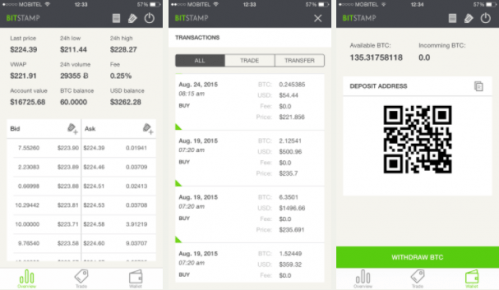 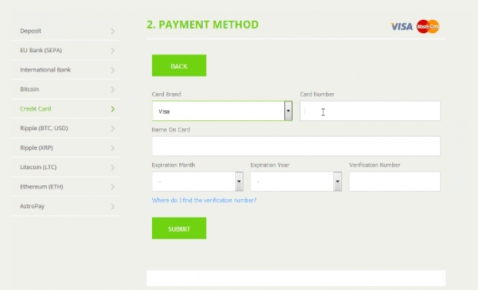 Bitstamp’s fee structure is fairly complicated compared to other exchanges, yet its deposit and withdrawal charges nonetheless remain cheap compared to many rivals.

Cryptocurrency deposits and withdrawals are free. The only exception to this is when customers withdraw bitcoin using BitGo Instant – which costs 0.1% of the amount being transferred – and when they withdraw Ripple IOUs, which costs 0.2% of the transferred amount.

This is cheaper than Bitfinex, for example, but compared to exchanges which charge a flat fee for wired withdrawals it can work out as more expensive depending on the amount being transferred. For instance, if a customer wants to withdraw less than $27,777, then it would be cheaper for them to do so through Bitstamp than through, say, GDAX. Any more, and they’d be better off going through GDAX.

Things are different with euro transfers using SEPA. Deposits are free, while withdrawals incur a flat fee of €0.90. This is low compared to most exchanges, although GDAX charge only €0.15.

As for trading fees, Bitstamps charges sit somewhere in the middle compared to other exchanges. Its trade fees start at 0.25%, for all trades made by users with a 30-day volume less than $20,000.

And while a direct comparison with most other advanced exchanges isn’t possible, Bitstamp also charge for credit card purchases and debit card withdrawals. In the case of withdrawals to a debit card, a flat of $10 is charged for amounts up to $1,000, while amounts above $1,000 are charged at 2%.

Bitstamp is one of the oldest cryptocurrency exchanges currently in operation. Launched in August 2011 and now based primarily in Luxembourg, it occupies an accessible middle ground between advanced trading and trading for beginners. It allows users to perform a variety of trade types (no margin trading though), and it trades in bitcoin, ripple, litecoin, ether, and bitcoin cash (as well as in USD, GBP, and EUR). However, in contrast to other platforms for more serious traders it also lets users deposit and withdraw funds using their credit and debit cards, although this is usually more expensive than using a bank transfer.

Given that it has been going for so long, its security is generally solid. That said, it was subject to a couple of cyberattacks in 2014 and then in 2015, when nearly 19,000 bitcoins were stolen. Fortunately, since then it has managed to operate without incident, while at the same time its licensing by the Luxembourg government in 2016 means that it’s now a fully regulated EU payment institution, making it more reliable than other exchanges.

Bitstamp has come a long way since its relatively high-profile hack in 2015, with the exchange using a variety of measures to ensure that accounts remain safe. Users are able and encouraged to turn on two-factor authentication, which works using Google Authenticator. Added to this, email confirmation for all withdrawals is required, while password changes also require two-factor authentication. The exchange also uses pretty good privacy (PGP) for encrypting the files users need to send in verifying their accounts.

On the system side of things, Bitstamp also takes a number of measures to ensure that its platform remains secure as a whole.

Bitstamp is one of the longest running crypto exchanges currently in operation, and this age is apparent in the slight clunkiness of its user interface. Compared to exchanges which put almost all relevant info and action buttons on a single dashboard, Bitstamp divides different currencies and trade types among different pages. This means that users often have to go from one place to another if they want to trade in a different market or if they want to see their account and order details.

Despite this slight inconvenience, each page is laid out clearly and actions are easy to execute. The same comment applies to Bitstamp’s dedicated mobile app, which features cleanly presented pages and simple interfaces.

One slight weakness in Bitstamp’s usability, however, is that users can’t make any trades or deposits without first verifying their accounts. Verification can take up to two weeks to be confirmed, and it requires the user to share quite a bit of sensitive info, including passport details and utility bills or bank statements.

One strength Bitstamp has over many other advanced cryptocurrency exchanges is the wide variety of deposit and withdrawal methods it offers. These are listed below: